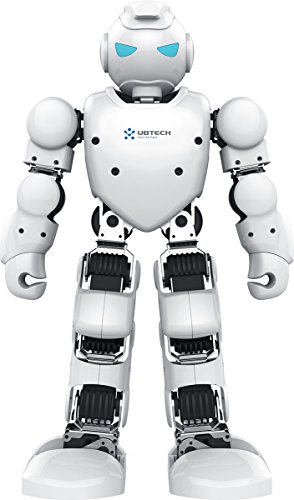 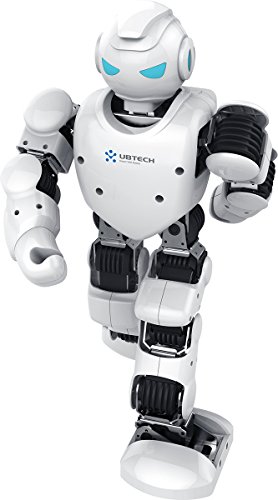 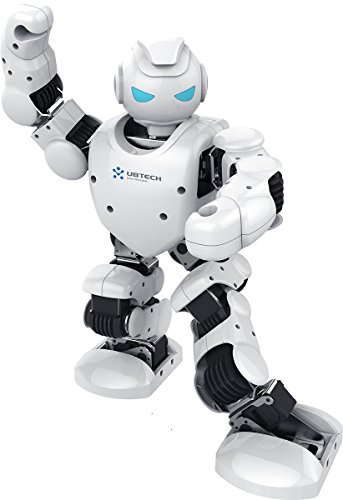 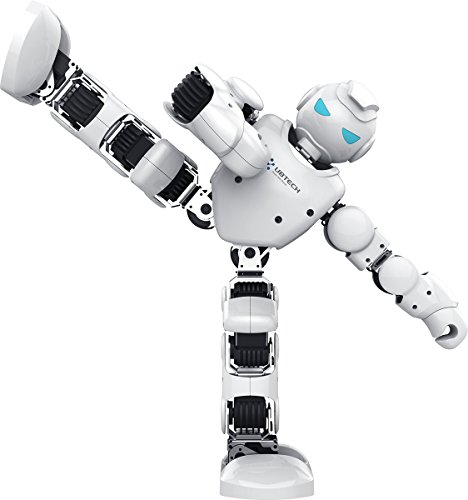 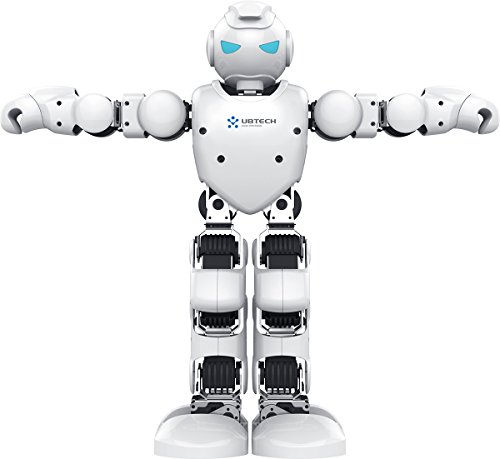 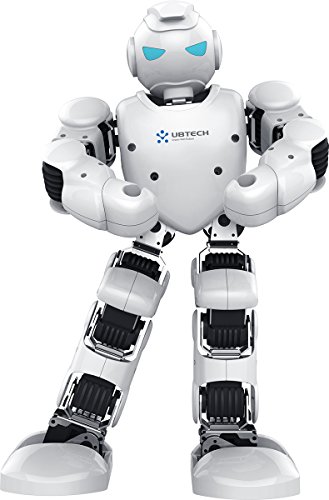 Alpha 1 pro is a household programmable humanoid robot that can be used for education and entertainment. Its perfectly designed, high-precision servo joints. 3D visual programming software and prp (pose, record & playback) function are seamlessly controlled in one app. Alpha 1P is so much more than a piece of motorized plastic… His personality and his life-like human movements make him a member of the family. Humanoid bipedal movement simulation, small body with full degrees of freedom, 16 high-torque digital robotic servos create fluid and precise movement allowing the robot to be as flexible as a human.

Alpha 1 Pro stands 16″ Inches tall and features 16 advanced digital servos that enable your robot to perform incredible movments at Lightning speed; speaker: 3W Mono speaker
Connects easily to your smart device With the free Alpha app (for iOS and Android) through Bluetooth to access the pre-programmed movements and create movements of your own
The included 3D desktop programming software makes the Alpha 1 Pro a powerful addition to any STEM learning Program (windows and Mac OS)
Detachable battery allows for instant swapping of batteries to extend the fun, extra batteries are sold separately
The pose, record, and play feature allows you to simply pose and record the movement of your robot for easy playback without having to code