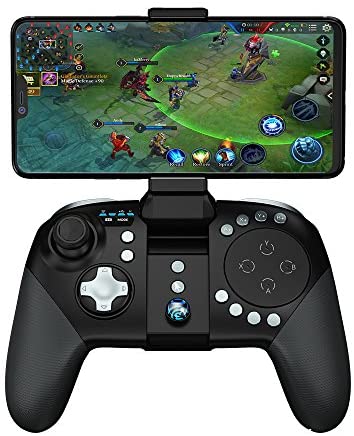 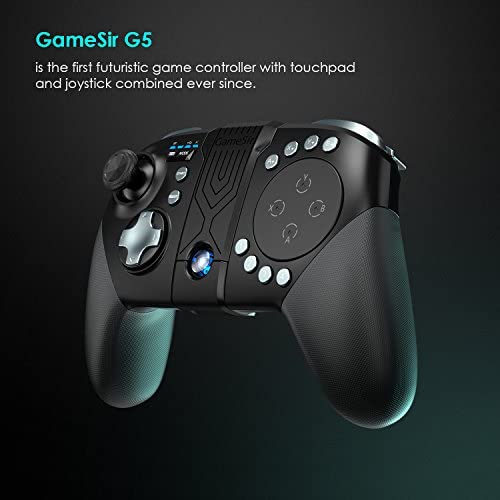 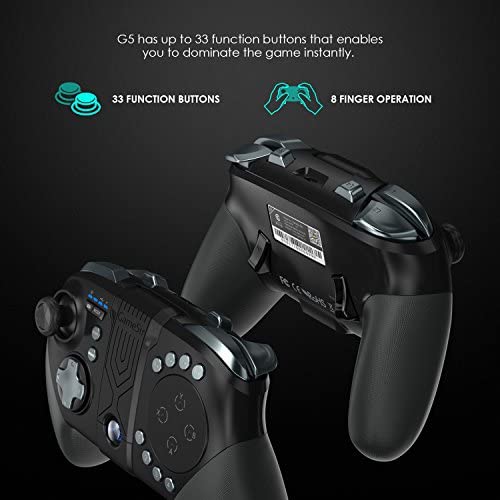 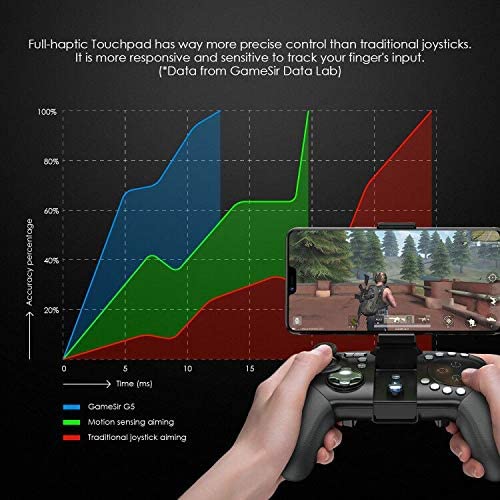 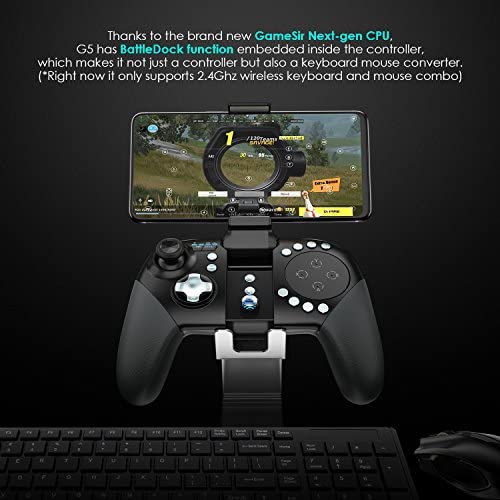 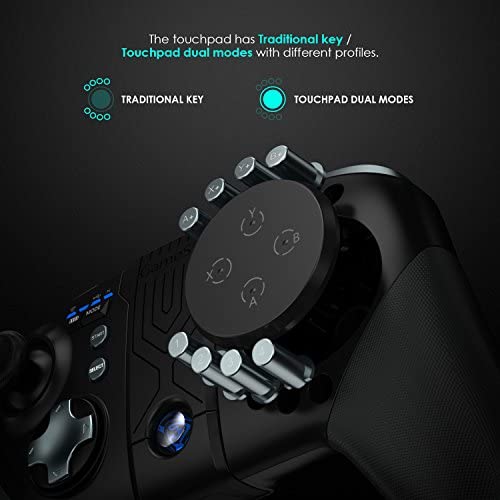 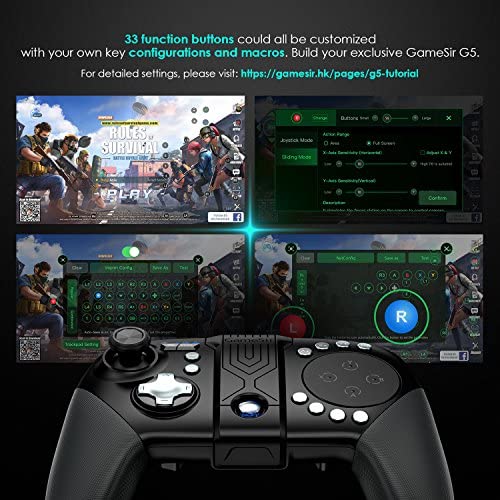 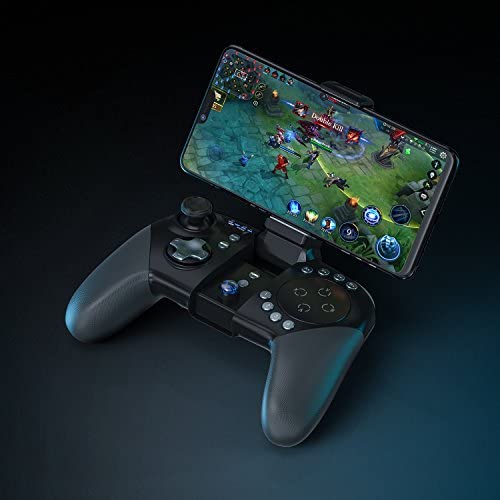 Read Before Buy
1. This product does not support iOS PUBG Fortnite due to the simulator detection by the game publisher.
2. iOS mobile PUBG and Rules of Survival might match you with other emulator players.
3. This product would ask you to install the apps and games provided by us

GameSir G5 is the award-winning next-generation gaming controller and the first gamepad that dedicatedly build for mobile MOBA games and shooting games. GameSir G5 strikes the ordinary way to mobile gaming and brings out the brand-new control solution with your Android smartphone.

The 8-Button Design
Surrounding the trackpad are the buttons, with the new layout and design, the buttons are designated to simulate multi-function hotkeys work for different occasions. First, they are MOBA friendly. If you are playing Arena of Valor, the upper buttons function as level-up spell hotkeys; the lower buttons become the summoner spell hotkeys. Second, if you are playing Rules of Survival, those buttons are the supplier pick-up hotkey.

The Mechanical Triggers
Instead of using the traditional linear moving triggers, we use mechanical triggers with a short key travel distance. The 1mm distance of key travel gives you an effortless pressing experience yet still provides you a clear and clicky feedback.

Four Extra Configurable Buttons at Shoulder and Rear
To maximum the support for gaming, we added Dual shoulder L4/L5 triggers and dual L5/R5 rear buttons. It supports the custom assignment of any button function in accordance with the needs.

The GameSir G5 Gaming Controller – The first gamepad that dedicatedly build for mobile MOBA Identity v games and shooting games. (Please note: Only wireless connection, PC is not supported)
Responsive Trackpad and Programmable Buttons: Accurately aim with your finger and unleash combos with the programmable buttons.

The GameSir G5 has up to 33 function buttons that will help you dominate the game.
Built-in BattleDock: Plug in your own mouse and keyboard to strafe in games and take home the victory. (Only supports 2.4G wireless keyboard and mouse combo.)